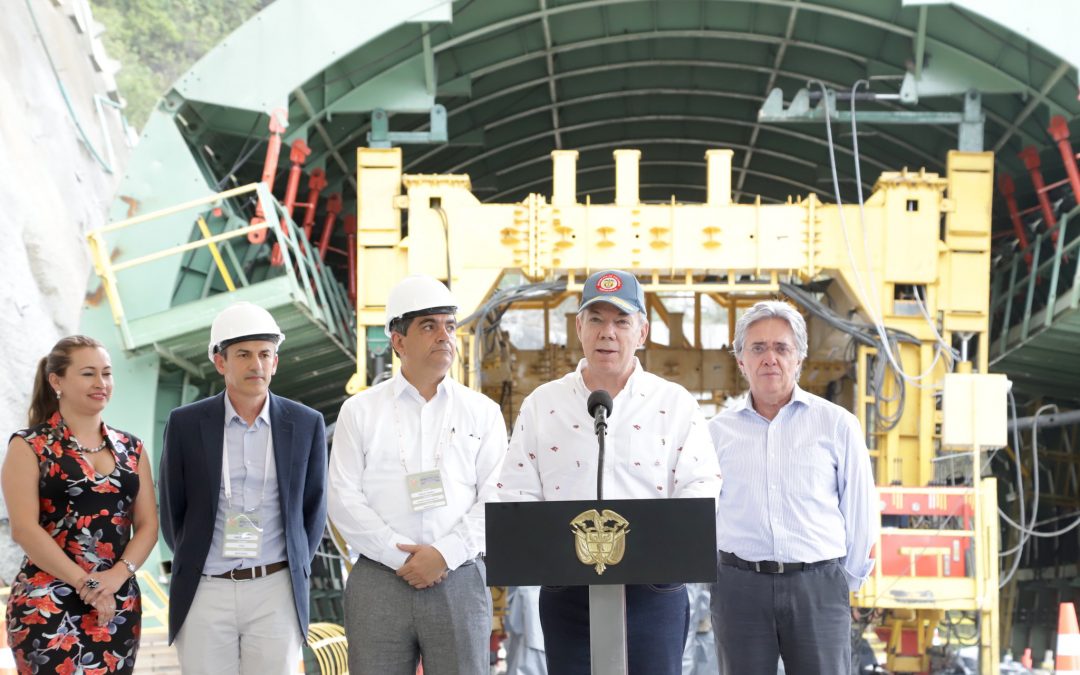 To avoid the ascent to "Alto de La Línea", the crossing is executed to cross the complex Central Cordillera of the Colombian Andes.
It is a road infrastructure project in the Colombian departments of Tolima and Quindío (linking the municipalities of Cajamarca and Calarcá); project known as El Túnel de La Línea.
The purpose is to facilitate traffic on National Route 40, one of the cross roads in Colombia, which links Bogotá with the coffee region, the city of Cali and the port of Buenaventura, along the Pacific Ocean. In the aforementioned journey, it is estimated that the work will reduce the travel time of heavy-duty vehicles by 90 minutes and that of light vehicles by 30 minutes.
It should be noted that the entire 30-kilometer central mountain range crossing project includes the construction of 25 tunnels, 31 bridges, 18 kilometers of second lane, and 3 road interchanges.
The La Línea tunnel with its 8.65 kilometers, to this day, becomes the longest road tunnel in Latin America and the most representative work of Colombian engineering

A one-way tunnel of 8.65 kilometers in length is proposed, built at 2,400 meters above sea level, which prevents the ascent of vehicles to Alto de La Línea.
The self-supporting equipment consisting of 3 formwork, 2 transfer travelers for transport by means of rails, and 1 transfer traveler with wheels are supplied.
Equipment of 6.53 m radius and 15 m advance for the lining of the main tunnel. Along with the equipment, the formwork for the execution of the footings and the starting wall (15 + 15 m) is also delivered