Formwork for linning of the Kennedy tunnel 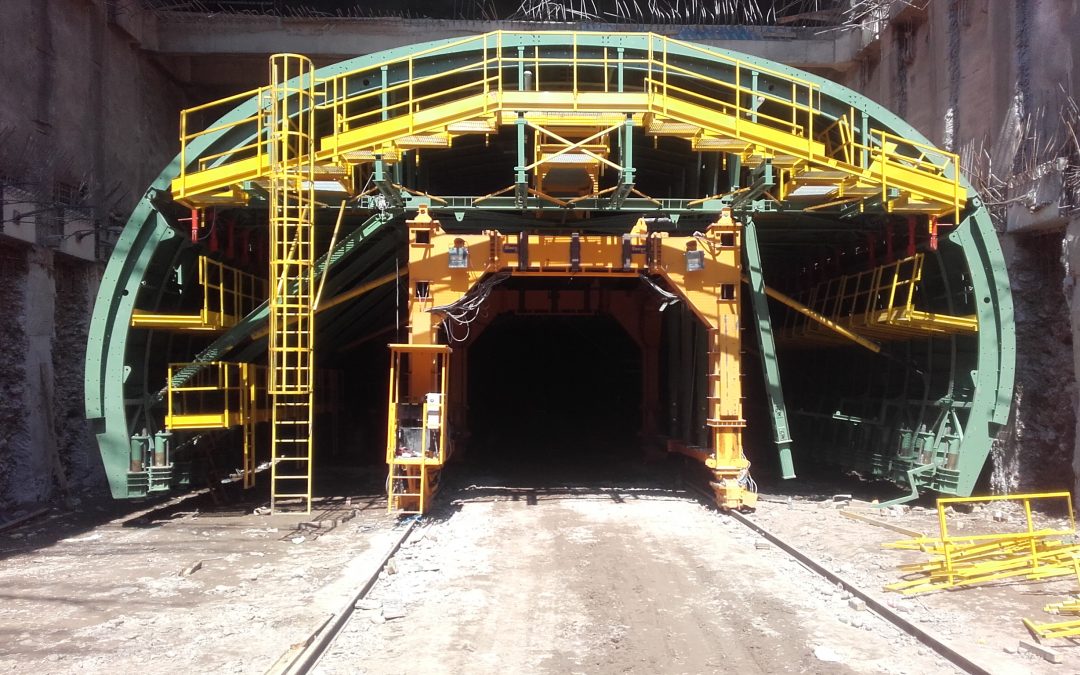 Formwork for linning of the Kennedy tunnel

Equipment consisting of one self-reactive formwork and one radius transfer traveller 13.76 / 6.1 m and advance 15 m.

The Kennedy Tunnel is one of the three works that make up the “Santiago Centro Oriente Program”, executed in the Oriente Poniente System Concession (Costanera Norte).
The program involves an improvement of the Central Oriente connection in Santiago, reducing traffic congestion and improving access to the residents of the sector.
It is a four-lane east-west tunnel under the existing Kennedy Avenue. Construction of the 1.2-kilometer-long tunnel begins in the Las Condes neighborhood, where the entrance ramp begins with five lanes of traffic, with a maximum width of 21m and a height of 11.28m in an easterly direction, which then it is gradually reduced to four lanes of traffic in the first 150m of the tunnel.
It will have a capacity to absorb the traffic of 8,500 vehicles per hour, which is much higher than what was passing through this sector. Some interesting article

Self-reactive formwork that does not need anchors to the work or excavation that also incorporates a distribution system to take the concrete from a pump to the different pouring areas. In addition, a special assembly plan is designed inside the tunnel and adapted to the unique characteristics of the formwork location within the city, so as not to interfere with traffic and activities on public roads.

Large-size self-reactive tunnel formwork for the execution of the tunnel for the underground of Kennedy Avenue with capacity for 4 lanes. The formwork allows its laying length to vary between 15 and 10m to achieve higher yields in straight sections and better finishes in curved sections, being able to make the transformation within the tunnel itself without the need for large cranes.