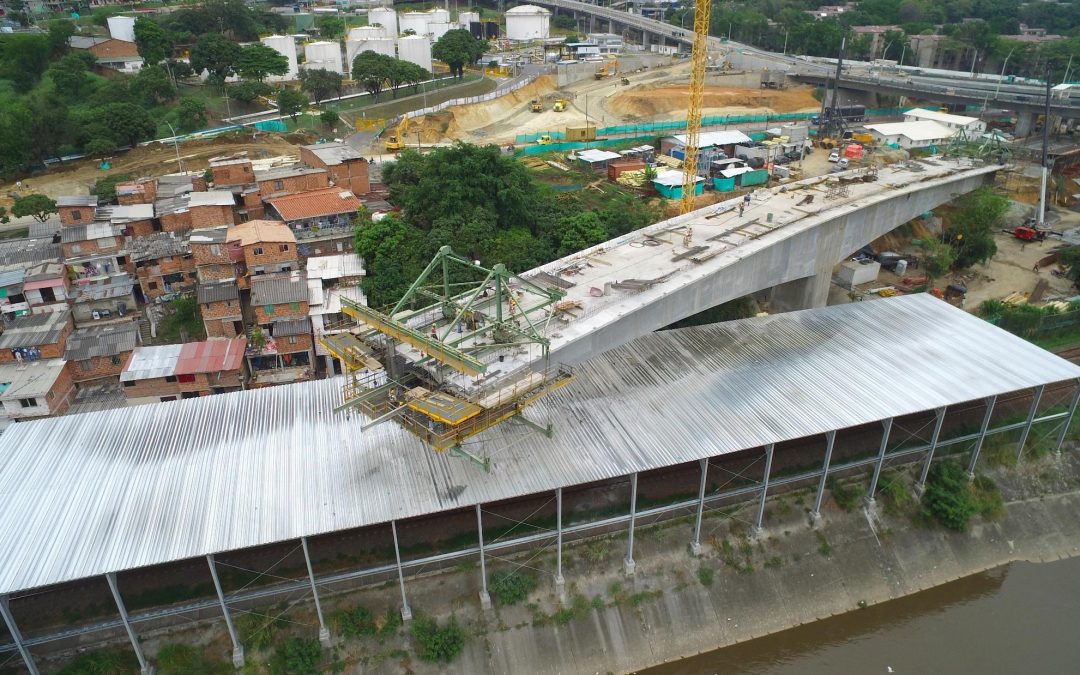 Identified needs:
They needed a formwork system for segments of at least 5 meters in length, that was easy to assemble, and that would allow to move quickly between sections.
Description of the construction work process:
The work began assembling the first two carts on August 3, 2014. Two cars were mounted on cross-member over pier 11. By mid-August the first segment was already concreted. They had planned to assemble the second pair of carts at the end of September, but due to work-related conditions they have not been able to assemble them yet. One week ago they had arrived with the assembled carts up to the pier closest to the construction shed (pier 10), so that they have executed 14 segments of 5 meters each in about 8 weeks with two carts.