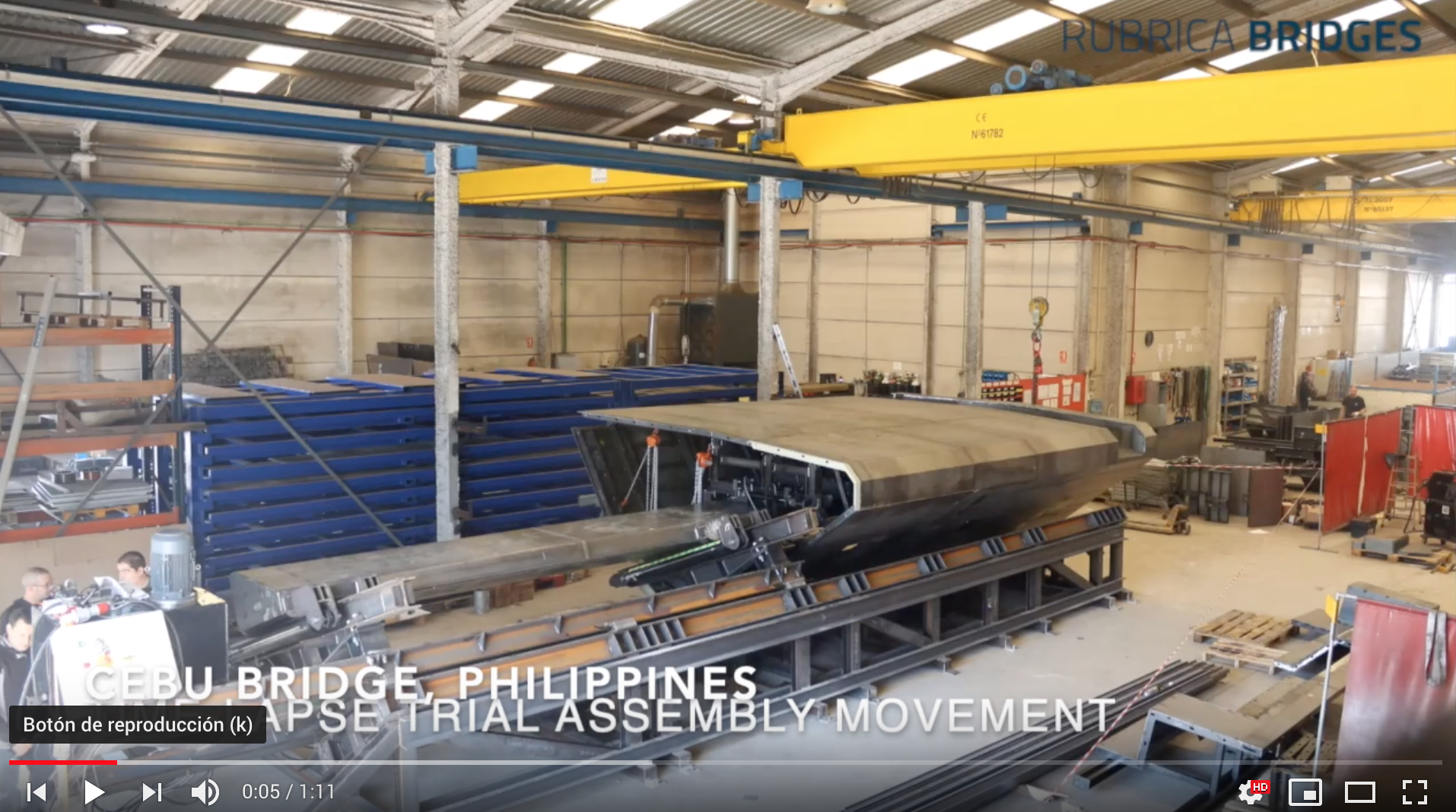 Preassembly of one of the symmetrical halves that form the inner formwork
for the Cebu Link Expressway main bridge. In the preassembly a simulation
of the movement the formwork will have to do is conducted to test its
correct operation. Due to the situation of the anchors an auxiliary
structure had to be manufactured to substitute the bride’s web, where the
formwork will be anchored in its operation procedure.

The formwork equipment consists in a set of metallic panels capable of
folding, specially made for the geometry of this project. These are
sustained in cantilever by a supporting structure, which is anchored to the
web of a previously made segment. A series of skidding shoes form a special
structure that allows the whole equipment to move independently along the
bridge’s alignment. The folding movement of the panels and the adaptability
of the structure permits the absorption of changes along the formwork’s
path such as changes in the web or addition of longitudinal Post tensioning
wedges.