In a few days, the short tunnel of the Line – Carmelitas (Túneles Proyecto Consorcio La Línea 042) will enter into service.

This infrastructure is included within the well-known “Cruce de la Cordillera Central” project, which, together with others, will facilitate traffic on Ruta Nacional 40.

For us, the work began in 2018, designing and manufacturing a self-supporting tunnel formwork equipment with the possibility of changing the section, and with caterpillars to move through the difficult terrain between the different sections.

The main challenge we faced was to get an equipment that was capable of advancing through unpaved terrain and with slopes of 11%, as well as its adaptation to the different sections.

See all the project: https://rubricaingenieria.com/en/rubrica-proyecto/bored-tunnel-formwork-la-linea-carmelitas/

On the other hand, we have started the assembly phase of a new project, the Toyo Short Tunnel, also in Colombia.

El Túnel del Toyo is a mega-project of road infrastructure located in the department of Antioquia, Colombia. The project is articulated with the 4G Toll Roads, specifically the Mar 1 and Mar 21 roads located west of Antioquia. This seeks to connect the cities and production centers of the interior of the country with the sea of Urabá and the ports that are being built in this region. At the end of the construction of the main tunnel, it would be the longest in the American continent, surpassing the Line Tunnel (8,580 m) and the Oriente Tunnel (8,200 m), also located in Colombia. 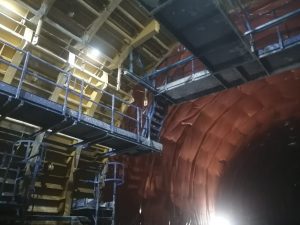 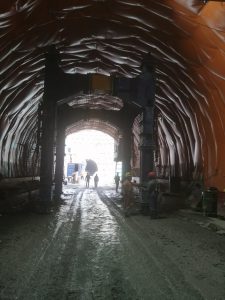