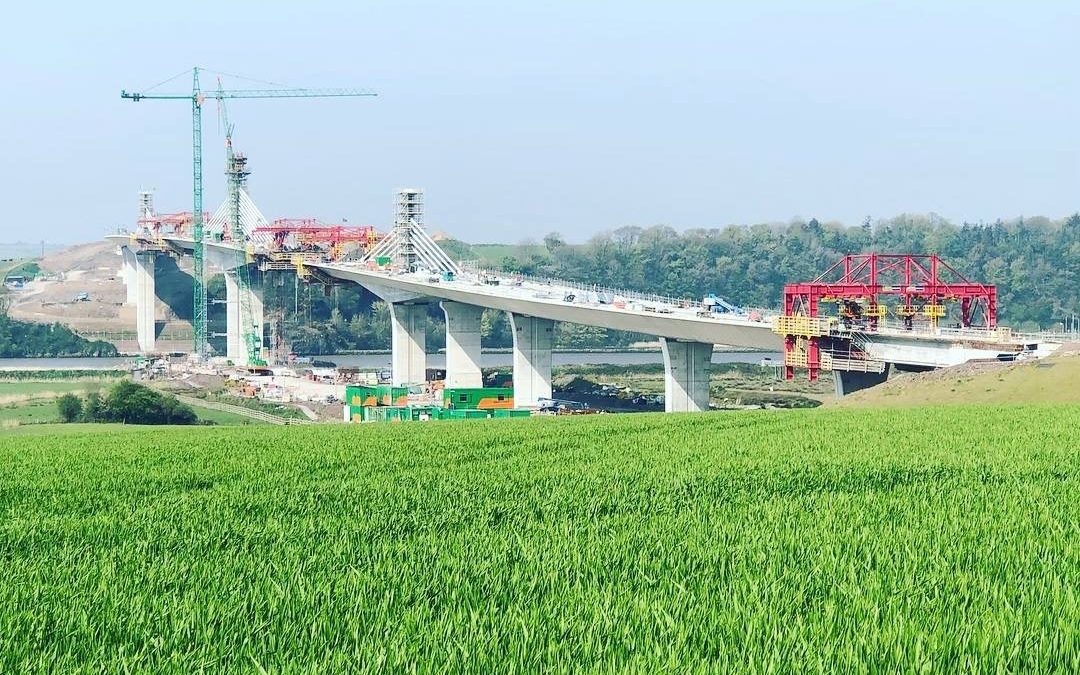 The N25 New Ross Bypass PPPproject consists in a 14km dual carriageway road including new sections of both the N25 and N30 National Primary Routes. The bypass commences at a roundabout junction with the existing N25 at Glenmore, Co. Kilkenny before crossing over the River Barrow on a 3 tower extrados bridge extending for approximately 900 metres from Pink Point in County Kilkenny to Stokestown in County Wexford which will be the longest bridge in Ireland. After this landmark bridge the bypass continues until it ties in with the N30 at Corcorans Cross.
Three Form travelers and a Wing traveler will be deployed simultaneously at the bridge´s three main towers and the approach abutments for the balanced cantilever construction of the deck. The new bridge will release the congestion at the nearby town of New Ross which bears almost all of the road traffic in the area.